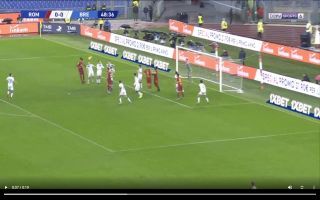 Int the 48th minute of this afternoon’s Serie A clash between Roma and Brescia, Lorenzo Pellegrini whipped a dangerous corner into the box and Chris Smalling towered over his counterparts to head the ball into the back of the net.

The 30-year-old’s fine performance didn’t stop there though, the defender also assisted Gianluca Mancini’s and Edin Dzeko’s goals for the Giallorossi.

OPTA sensationally revealed that the star has become the first Englishman to score two goals in the same Serie A campaign since legend David Beckham in the 2008/09 season.

Take a look at the England international’s goal below:

? Roma finally make a corner pay, and Smalling's second goal of the season puts them 1-0 up against Brescia pic.twitter.com/yyqEnwNA1J

Smalling’s absolutely smashing it in Italy, the defender may have already earned himself a permanent move to Roma with his fine displays.