According to the Sun, Riyad Mahrez’s wife Rita and Leroy Sane’s girlfriend Candice Brook have been involved in a shocking row which saw one of them call the other a “bum b**ch”.

The Sun report that Candice sent a number of abusive text messages to Mahrez’s wife, Rita was reportedly called vile terms like a “groupie b**ch” and also told she looks like “sh*t” by Sane’s partner.

The Sun highlight that Rita’s recent drama with World Champion heavyweight boxer Deontay Wilder may be the cause of the shocking row and Candice is reportedly a close friend of the knockout artist’s fiancee.

It was reported earlier this month that Rita and Wilder flirted in a Manchester nightclub , something that the Sun believe left Riyad Mahrez devastated.

The report also highlights that Mahrez and Sane have spoken to each other privately in an attempt to resolve the feud.

The Sun’s source also believes that fellow WAGs at City may side with Rita as they think that Candice ‘acted liked a bully’ towards her. 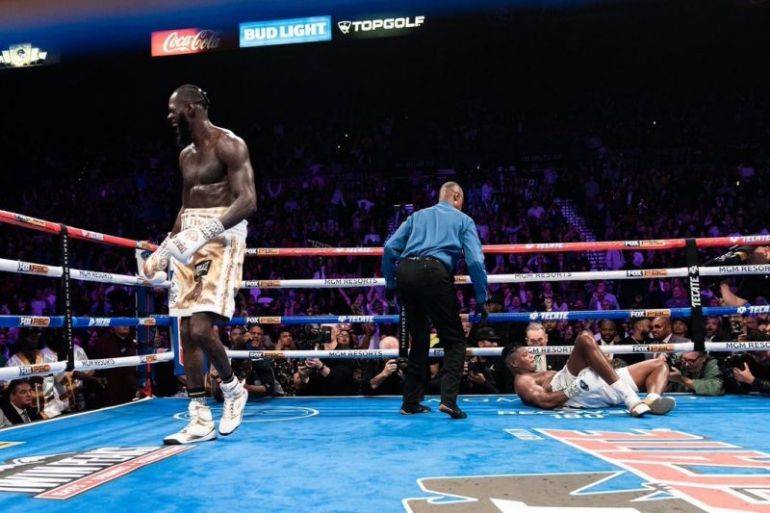 Wilder got his 42nd professional win with a stunning knockout against Luis Ortiz this morning.

It’s very rare that we see a WAG feud of such a vicious nature emerging. Manchester City’s Christmas party could be one very awkward occasion for everyone.

Let’s just hope that Wilder doesn’t head to Manchester anytime soon to celebrate his latest victory, that would be Pep Guardiola’s worst nightmare for his squad.