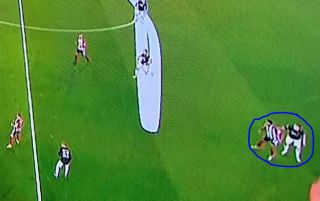 Phil Jones had an absolute shocker for Manchester United after being given a surprise opportunity to start against Sheffield United.

The 27-year-old messed up on the opening goal for the home side, and there was also this bizarre moment when he completely ruined his team’s offside trap…

Phil Jones trying to maintain offside trap ???????????????… not surprised though, he is full of such shitty defending #OleOut #SHUMUN pic.twitter.com/7yIsQGp9HS

This is shocking for a player of Jones’ experience at the highest level, and surely shows he just cannot be trusted by Ole Gunnar Solskjaer again.

Jones has played 220 games for Man Utd and has 27 England caps, and glaring mistakes like this surely just mean he’s unlikely to come back from the dramatic decline he’s suffered in the last few years.