It’s Monday morning and that means Garth Crooks has been putting together his best Premier League XI from this weekend’s action.

The pundit has been known for some slightly odd selections in the past, and he’s perhaps once again shown that he cares little for formations and tactics.

Apart from that, however, we can’t have too many complaints with this week’s XI from BBC Sport… 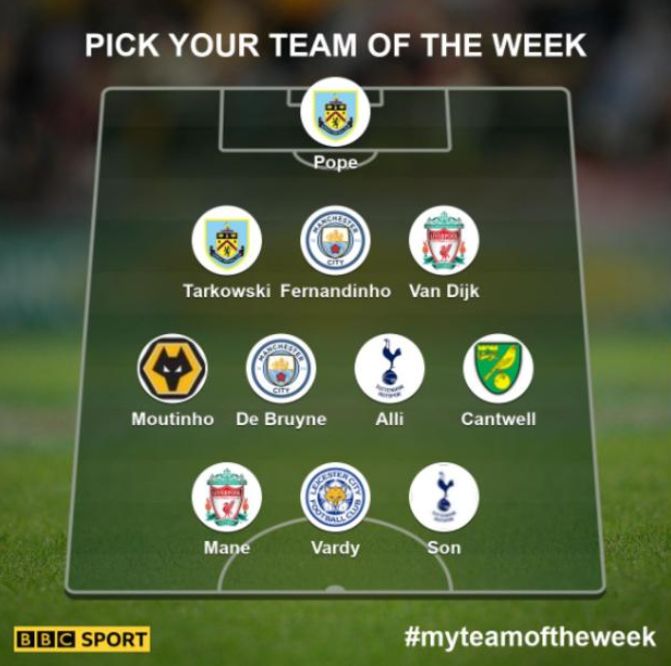 As ever, Liverpool put in another strong performance and picked up yet another win with a late goal against Crystal Palace, and it’s little surprise to see influential Reds duo Virgil van Dijk and Sadio Mane in Crooks’ XI.

Fernandinho and De Bruyne were also key for City as they earned an important 2-1 win over Chelsea, while Jose Mourinho’s good start for Tottenham sees Dele Alli and Son Heung-min make this team.

It perhaps seems slightly harsh not to see any Sheffield United players in there, with the Blades performing superbly against Manchester United, even if they did only end up with a 3-3 draw in the end.