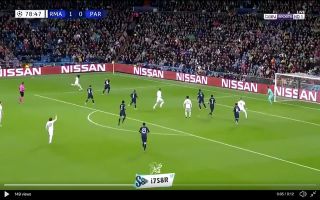 In the 78th minute of this evening’s mammoth Champions League tie between Real Madrid and PSG, marauding full-back Marcelo delivered a pinpoint cross into the box.

Karim Benzema showed his world class instinct by finding himself some space away from PSG’s defenders to head the ball into the back of the net.

Benzema opened the scoring for Los Blancos in the 16th minute of the clash by reacting first to a rebound.

Take a look at the Frenchman’s second of the night below:

GOOOOOOOOAAAAAAAL ladies and Gentlemen he has done it again, his name is Karim BENZEMA… no one has done it any better, no one can .. #UEFA #UCL #RMAPSG pic.twitter.com/EcDsVWkStk

With Benzema bagging goals consistently for Madrid this season, is it fair to say that the 31-year-old is actually one of the most underrated strikers in the world?