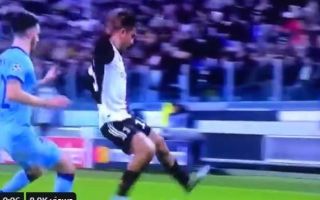 It’s curious that Paulo Dybala is such a talented player but is still underrated by many fans. He’s found himself in the strange position where he plays second fiddle to Ronaldo at Juventus and Messi at Barcelona, so he will often struggle to rise above their level.

He’s started to shine in the past few weeks for Juve, particularly when Ronaldo was absent. He’s proven he can do it in the same team a the Portuguese superstar tonight.

He opened the scoring with a sublime free kick, but also produced this excellent piece of skill to nutmeg his marker:

It still seems unthinkable that Juve would decide to let Ronaldo go, but he has started to become a huge distraction in recent weeks. If Dybala continues to play like this, then they might start to feel they don’t need Cristiano anymore.