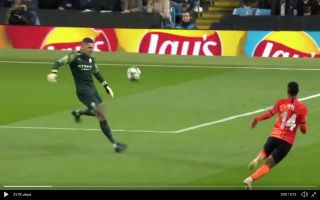 Some Liverpool fans slammed Ederson and laughed off comparisons to Reds star Alisson after seeing the Manchester City man’s mistake against Shakhtar Donetsk.

Alisson completely missed the ball whilst charging one of Shakhtar’s attackers and his error almost cost Pep Guardiola’s side a goal – it wasn’t for a phenomenal goal-line block by Fernandinho.

Ederson has made name for himself with his impressive ability with the ball, but his tendency to play as a sweeper keeper almost caught him out tonight.

Take a look at the City star’s almost costly error below:

Fernandinho the GOAT! What is Ederson doing pic.twitter.com/oKDfhDbm9k

Here’s how some fans reacted to the blunder:

That’s why he’s Brazil’s back up

Is this the guy you lots try to compare to Alisson?pic.twitter.com/sv3e8Uo24V

With Alisson now back from his injury and Manchester United’s David de Gea showing off his cat-like reflexes after a difficult year – who is the Premier League’s best goalkeeper?

Furthermore, is City’s Ederson part of the top 2? 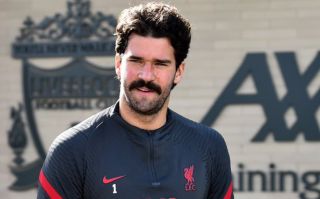