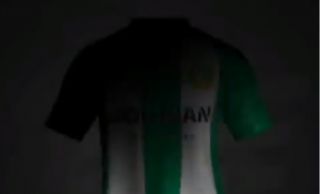 Former Manchester United striker Zlatan Ibrahimovic appears to have confirmed a transfer to a surprise new club via his official Twitter account.

See below as the veteran forward tweets directly at Swedish club Hammarby, with a short video of one of their shirts with his name on the back.

MORE: Paul Pogba not really injured as Manchester United clear him to seal January transfer away for €150million

While this may prove to be teasing or a publicity stunt of some sort, this is surely at least intended to be a strong hint he’s joining the club, which comes as a bit of a surprise, however, after he’d been linked with some bigger names.

Having recently left MLS side LA Galaxy, Ibrahimovic was linked with Tottenham by the Telegraph, while MilanNews, via Sky Sport Italia, linked him with talks over a return to AC Milan.

At the age of 38, however, it makes sense that Ibrahimovic may want to see out his career at a less competitive level and return to Sweden with Hammarby.