According to the Evening Standard, Arsenal defender Shkodran Mustafi would consider leaving the Gunners in the January transfer window if the right offer was made to him.

The 27-year-old centre-back has fallen down the pecking order since Unai Emery’s arrival last summer and he’s yet to play a single Premier League game this season.

The Germany international has made six appearances across the Europa League and League Cup.

Even considering his lesser role in the first-team, Mustafi has valiantly admitted that he’s not focused on his ‘personal future’ and that he’s determined to help Arsenal out of their bad spell.

The Standard claim that a return to Germany could be on the cards for the ace, as well as a potential move to Turkey.

According to the Guardian, the north London outfit signed Mustafi for around £35m three years ago. 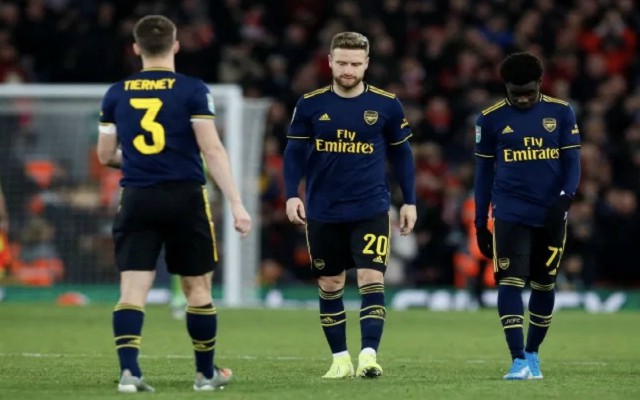 Mustafi has fallen down the pecking order at Arsenal over the last year.

Here’s what Mustafi had to say on possibly leaving north London in January:

“I am still here. I am a player of Arsenal and I’ve got a contract with Arsenal for one and a half more years,” Mustafi said.”

“So at the moment I’m really not thinking about my own personal future.”

Arsenal’s woes at the back have continued so far this season and it may even be wise for the Gunners to keep hold of Mustafi in case they’d like to experiment in defence.

Mustafi’s comments are very respectful towards the Gunners, we often hear of many players pushing for moves once their playing time reduces.