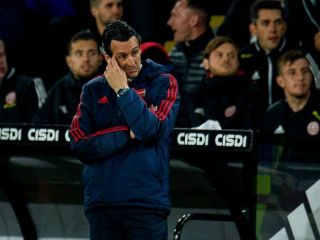 Nuno Espirito Santo is reportedly the front-runner to become Arsenal’s next manager.

The Portuguese has done a pretty good job at Wolves since joining them in 2017. Santo guided the club to a seventh-place finish in the Premier League last season after winning the Championship with them in 2017/18.

Wolves had a slow start to 2019/20 but ave done really well in the past couple of months, going unbeaten in their last eight Premier League fixtures. They are now fifth in the top-flight and on the brink of qualifying for the last 16 of the Europa League.

According to the Daily Mail, Arsenal have been impressed with Sant’s work at Wolves and he is the front-runner to replace Unai Emery. The Gunners have gone through a long period of winless results in the Premier League and provided things don’t improve, their current manager might lose his job.

Given how he has been doing with Wolves, Santo is certainly someone who could do a decent job at Arsenal if they sack Emery or he resigns.