It’s always been strange that we place so much importance on individual awards when football is a team sport, but it’s also fair to argue that some players are so good they can elevate almost any team to elite status.

The Ballon d’Or had become a straight shootout between Cristiano Ronaldo and Lionel Messi until Luka Modric took the crown. Before the Croatian stepped up, we have to go back to Kaka in 2007 to see a different winner of the award.

According to a report from AS, Barcelona midfielder Frenkie de Jong certainly thinks his Argentine teammate should win the award yet again. The report indicates that Liverpool’s Virgil van Dijk is another front runner, but de Jong still gives the nod to his Barcelona teammate.

In fairness, it would be fairly astonishing if a player came out and said they preferred someone who didn’t play for their club. The Liverpool defender is a fantastic player, but history isn’t on his side with this one.

Fabio Cannavaro is the only defender to win the award this century, so it certainly looks like Messi is the player most likely to win it this year.

The winner hasn’t been officially announced yet, but a report from Mundo Deportivo has indicated that Messi has won the award. They claim the winner always has a visit from from France Football Magazine where they take photos and conduct an interview that goes out after the ceremony. 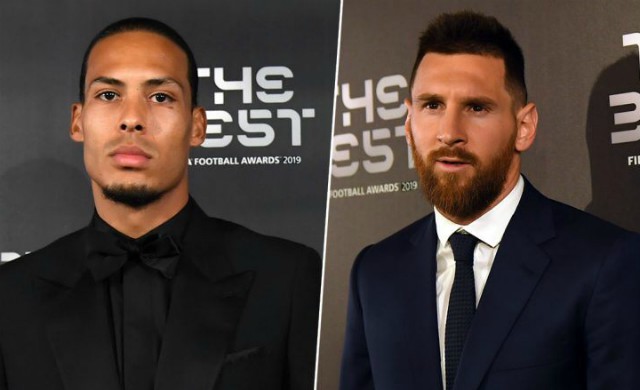 They go on to say that there was a visit to Barcelona from that magazine recently to carry out an interview with the Argentine.

It’s hard to say if that truly means the winner is a forgone conclusion, but it does appear that de Jong will be correct about the winner after all.