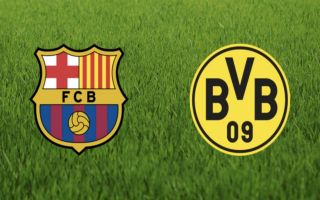 It’s probably the number one rule of using the internet, particularly if you intend to try and wind others up – remember the internet never forgets and comments will come back to bite you at some point.

When Dortmund were drawn with Barcelona in the Champions League, they Tweeted to suggest they might need to practice their corners in preparation for facing the Spanish giants. That appeared to be a clear reference to Liverpool’s quick thinking and corner kick routine that saw them eliminate Barca in the Semi Finals last year:

In some ways it does seem like a good plan, Barcelona aren’t the biggest team and we’ve seen how set pieces can be the difference between top sides in a close game.

A journalist took to Twitter after Dortmund lost at the Nou Camp tonight, and he pointed out one potentially major flaw in this plan:

That’s right, zero corners. If we were in the business of doing memes, this would be the ideal chance for the “congratulations, you played yourself” graphic to make an appearance.

In truth, the 3-1 scoreline made the game looks closer than it really was. Barca went 3-0 up and dominated for most of the game. Jason Sancho did pull one back with a fine effort and there were a few late flurries, but it was never enough to suggest the Germans would get anything from the game.