The 23-year-old has made 38 appearances for the Bundesliga side so and is their current captain. This season, Nubel has featured in all of Schalke’s 14 matches, keeping four clean sheets. He has played a key role in the Royal Blues being in fifth position in the Bundesliga table, just three points behind leaders Borussia Monchengladbach.

SEE MORE: Arsenal and Tottenham to battle out for €25m Ligue 1 full-back

According to European football expert Kevin Hatchard ,Tottenham are interested in signing Nubel who is currently valued at €12 million according to Transfermarkt. He told talkSPORT: “One little whisper that came my way on Spurs in the last few days is that they are keeping an eye on Alexander Nubel. He is the captain of Schalke and a goalkeeper in his early 20s. He is a very good goalkeeper with a [Manuel] Neuer vibe about him.

“He’s good with his feet, commanding, and he’s got a bit of arrogance about him which I don’t think is a terrible thing. He is out of contract at the end of the season and hasn’t signed a new one yet. He was linked very strongly with Bayern, but the problem is Neuer is still there. So is he going to go to Bayern and sit on the bench? I don’t think he is. Spurs were linked with him in the summer and my understanding is they are keeping an eye on what is going on in that situation.”

Nubel has so far done well at Schalke and there’s little doubt that bigger clubs in Europe will be chasing him. Tottenham’s current keeping options include Hugo Lloris and Paulo Gazzaniga. Nubel will be a suitable addition to Jose Mourinho’s side and he could well be a regular starter in North London.

Provided he keeps performing well, the 23-year-old could also receive a call-up to the Germany national football team. 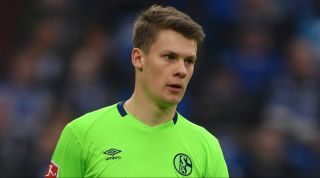 Done Deal: Bayern Munich confirm the signing of Alexander Nubel who will join them next summer January 4, 2020 11:18
Bayern Munich 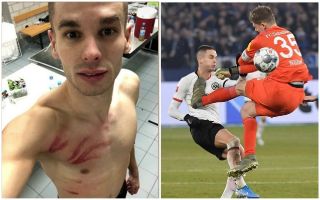 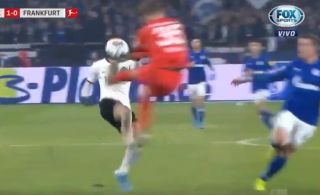