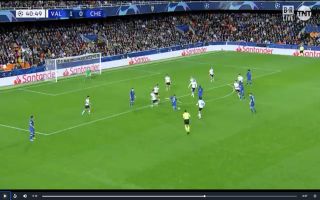 In the 40th minute of this evening’s Champions League clash between Valencia and Chelsea, Mateo Kovacic grabbed his first goal for the Blues in style.

The midfielder controlled the ball perfectly outside the box before directing an effort into the bottom corner.

According to the Telegraph’s Matt Law that was the playmaker’s first goal for anyone since January 2017, just imagine what Kovacic feels like after an almost three-year wait to hit the back of the net.

Take a look at the Croatian star’s equaliser below:

Oh my… Kovacic you beautiful man.pic.twitter.com/9IrgJGlmmw

Frank Lampard and Chelsea fans will be hoping that the 25-year-old won’t have to wait this long for a goal ever again.