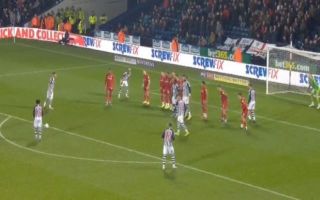 It’s one of those weird cliches that actually makes some sense when a commentator describes a free kick as being too close to the goal. It seems to be generally accepted that 25 yards out is the ideal distance to get the ball over the wall and back down again.

When it’s right on the edge of the box, you need to produce something a bit special to find the net. Usually that involves thumping the ball at the wall and hoping somebody jumps out the way, but this effort is genius.

Matheus Pereira has impressed for West Brom so far this season, but this could be his finest moment yet:

He gets surprisingly little power on it and just dinks it over the wall in the style of the Panenka penalty. The keeper must be expecting a driven effort to his side of the goal, because he has plenty of time to get over and make the save if he’s not rooted to the spot.

There might be some extra attention on Pereira’s performances after The Manchester Evening News commented on some interest from Manchester United in the player. There doesn’t seem to have been any bid or approach made for now, but these kinds of moments will get you noticed.

He’s on loan from Sporting CP so they might decide they want to keep him after this season, but Daniel James has shown he can step up from the Championship and have an impact, so Pereira could be next. He certainly looks like he could be an upgrade on Jesse Lingard based on this kind of form. 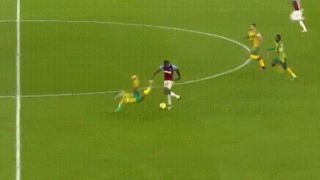 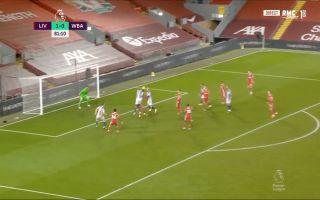 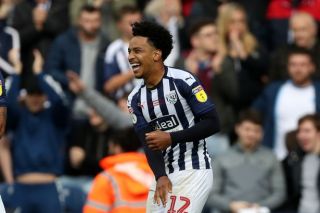