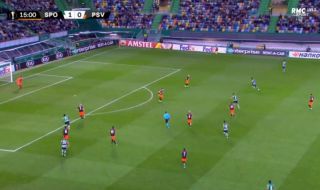 Bruno Fernandes has scored another superb goal to add to his collection, firing in this beauty in the Europa League tonight.

The Sporting Lisbon star has been linked with Manchester United, Tottenham and other big clubs after his fine form in Portugal, and goals like this remind us of why he’s caused so much fuss.

Fernandes could surely do a fine job for Man Utd in midfield right now, with Ole Gunnar Solskjaer’s squad lacking quality in that department, particularly with Paul Pogba struggling for fitness and form.

Not good enough at passing for Man Utd though! ? pic.twitter.com/kB4nfrgBYa