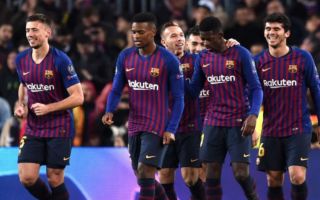 This could turn out to be a fairly good week for Antoine Griezmann. He finally showed signs of life against Borussia Dortmund, and the main challenger for his position could be out for an extended period.

Of course players shouldn’t be wishing injuries on anybody, but it could give the former Atletico man some breathing room as he tries to establish himself as the firm first choice on the left flank.

Ousmane Dembele is the player who could be out for a while. A report from AS has indicated that he is facing surgery to try and fix an ongoing issue, which could leave him out for up to three months.

They go on to suggest he’s starting to struggle emotionally due to the amount of injuries that he’s starting to suffer. The latest one seems to be a relapse of a muscle injury in his thigh, so the club is weighing up what to do next.

The story does indicate Barca don’t want to be without him for such a long time, but it also sounds like he is pushing for a permanent solution to the problem. 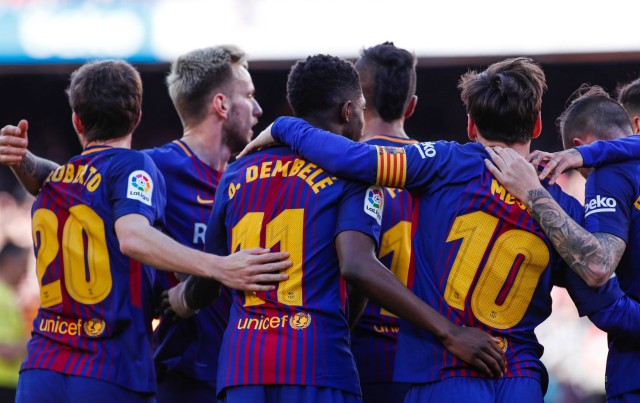 Dembele celebrates with his teammates

You have to think they need to take his long term physical and mental needs into account. Of course it’s unfortunate to be without him for a while, but it’s better than seeing him continue to break down and suffer.

Pace and explosiveness is a huge part of Dembele’s game, so constant injuries in his legs could start to impact on that. It’s a big decision for Barca and player to make, but you have to hope they do what’s best for him.