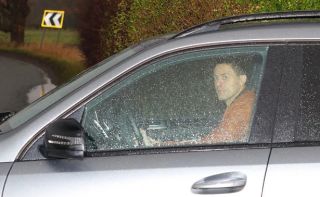 The Serbia international has not been at his best for Man Utd for some time now, and Forbes recently linked him as a possible January transfer window target for new Tottenham manager Jose Mourinho.

MORE: Transfer boost for Manchester United and Tottenham as key target could be available for £60m

Matic played under Mourinho at both United and Chelsea, so it could make sense for the pair to link up again at Spurs, who could perhaps do with an experienced head in midfield.

It’s not been the best start to the season for Tottenham, who recently sacked Mauricio Pochettino and brought in Mourinho as his replacement.

And it may be that things are now happening with Matic as the Sun report on his slightly mysterious quick departure from MUFC training.

The report adds that this also follows the 31-year-old snubbing a team bonding event with the United squad to hang out with Wolves ace Patrick Cutrone.

With Matic barely playing for Ole Gunnar Solskjaer’s side this season, this is all starting to add up and point towards a likely exit this January, and that could be good news for Tottenham.