It really is starting to get to the point where it looks like it would be kinder for Arsenal to put Unai Emery out of his misery rather than letting him continue in his current job.

Every day seems to come with a barrage of negative press for the Spaniard, and today is no different. They’ve been on a poor run of form so a win at home to Frankfurt tonight could be crucial if he wants to start winning the fans around.

The problem is, there might not be that many fans in attendance for the game tonight. The Evening Standard has reported that less than 30,000 fans are expected to turn up. The Metro went one further by stating the current “record” for the lowest attendance at the Emirates is 44,064, so this could be a record low.

It’s embarrassing for the club, but it might also be what’s required to get the board to take notice and do something. This is an important game, they could qualify for the next round tonight so it’s a clear sign of supporter apathy setting in.

The board have always given the impression that they are quite hands-off when it comes to football operations. It’s never been confirmed, but it looks like they would be content if the club pushed for fourth place and challenged in the cup competitions each year. 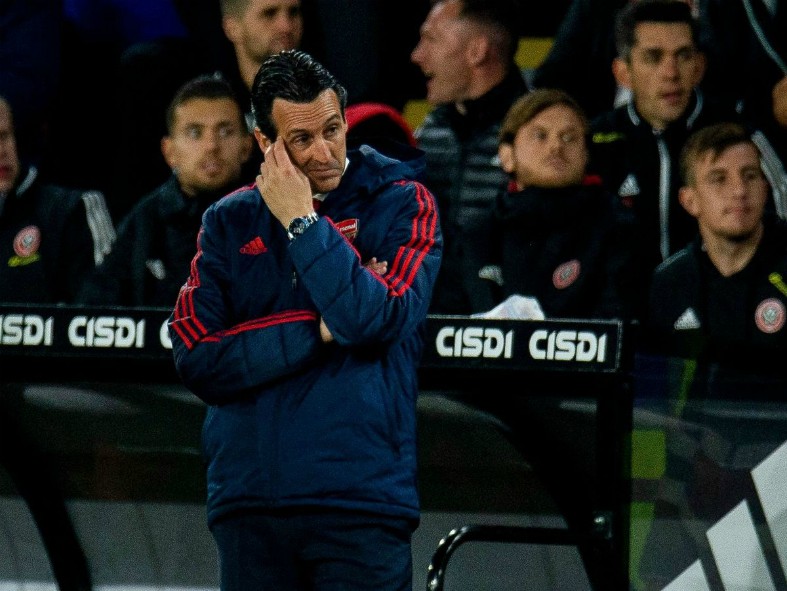 Sometimes the only way for the fans to send a message is to not show up, so it will be interesting to see what the attendance actually is for the game tonight. If the numbers are as low as expected, it could be seen as another damning indictment on Unai Emery’s reign. A bad result tonight combined with a low attendance could be the final nail in his coffin.