We usually see club teams get nervous about players getting injured on international duty, but sometimes international managers have to stand by and watch their own players injure each other while playing for their clubs.

Thankfully it looks like Eden Hazard won’t be out for a long period of time, but Roberto Martinez must’ve been furious with Thomas Meunier after he injured the Real Madrid star while playing for PSG this week.

READ MORE: Video: Gareth Bale comes so close to silencing the Real Madrid fans with free kick against the post

Marca reported on some comments made by the PSG right back to Belgian newspaper Derniere Heure. It’s clear that he’s upset at injuring one of Belgium’s best players. Speaking about the incident he said the following:

“My goal is not to hurt other players . And if there is a player that I don’t want to hurt, it is Eden. I’m really sad. I tried to contact him directly after the game, but I couldn’t get it.”

“Then, I saw two, three of his teammates who told me he was very sore. Now, is he serious or not? I know. I cross my fingers so it won’t be like that.”

The report does go on to suggest that Hazard will only be out for about ten days, so it’s good news for everybody involved.

Hazard had a great game against PSG and finally looks comfortable being the main creative outlet for Real. He’s taken some time to settle in after moving from Chelsea in the Summer, so the last thing he needed was a long injury lay off. 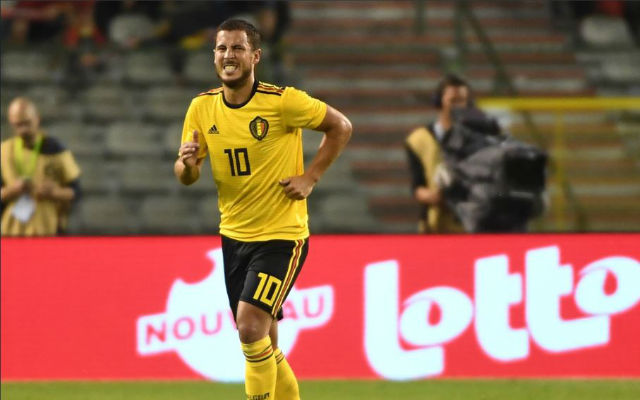 Hazard in action for Belgium

Perhaps it would be best for Martinez to tell his players to go easy on each other the next time they meet up. Belgium have a genuine chance to do well at Euro 2020, but Hazard is one of their key players so it makes sense that Meunier was nervous about his condition after the game.