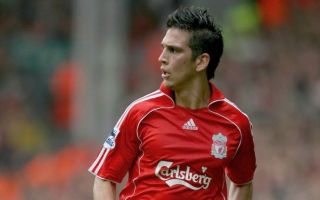 It’s always nice to see a player being able to retire on their own terms and look fairly happy while doing it.

Mark Gonzalez arrived at Liverpool with a bit of anticipation after it took a while to get him in the building. They signed him from Albacete but work permit issues meant he spent some time at Real Sociedad before finally playing for the club.

He was nicknamed “roadrunner” due to his unbelievable pace, but a bad injury before he made the move to England may have taken some of that away from him. He was moved on after a couple of seasons where he didn’t make a huge impact.

Despite that, it looks like he still fondly remembers his time at the club. He recently posted on Instagram showing him back at the stadium to announce his retirement:

He returned to Chile in 2014 and bounced around a few teams before the retirement announcement. His name will be associated with a completely different Liverpool era where they often looked to lesser known names and hoped they would be able to step up and star at the club.

He’s a good player who had a good career, and it’s great to see him make the announcement in a place that clearly means a lot to him.