According to Spanish outlet AS via TV3, Barcelona star Arturo Vidal has admitted that he may have to look for another ‘place to go and be important’ if his playing time in Catalonia doesn’t improve by December or the end of the season.

Vidal actually has 13 appearances from Barcelona’s 18 outings across La Liga and the Champions League.

Some may be surprised to see that the midfielder is worried about his future, but it’s worth noting that the Chilean has only started four of these games.

The midfielder is actually Barcelona’s joint-third highest top scorer (with Antoine Griezmann) in La Liga this season with four goals. 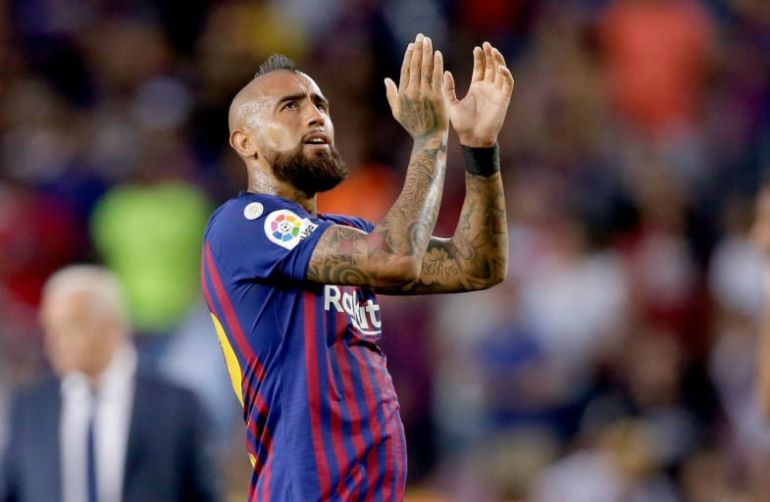 Vidal is experiencing a slightly less significant role with Barcelona because of fierce competition in midfield.

Here’s what the 32-year-old had to say on his future at the Camp Nou:

“A lot of games have gone by where I haven’t played and this makes me sad,”

“You have to be objective and live from day to day. If, by December or when the season finishes, I don’t feel important, I will have to make a decision and look for another place to go and be important.”

Vidal is only in his second season with Barcelona and he’s proved himself to be a solid player for the Blaugrana – as well as an excellent role model.

The midfielder adds plenty of experience to Barcelona’s squad, which would surely be missed, but it seems hard to hand the star a starting place for the foreseeable future.

Should Vidal pursue a move from Spain if his playing time doesn’t improve?