La Repubblica claim that the Colombian superstar wants to leave Real Madrid, but president Florentino Perez isn’t budging on his €50m price-tag for the ace.

Inter may have to compete with French powerhouses Paris Saint-Germain who are also interested in the ace. 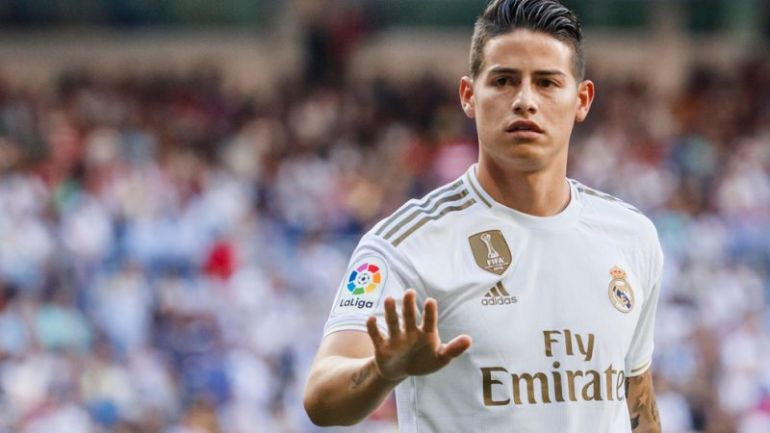 Rodriguez has struggled with injuries since his marquee move to Los Blancos following the 2014 World Cup.

The attacking midfielder has been unlucky to have suffered setbacks just when he begins to nail down a place in the team.

Given the star’s injury troubles and subsequent lesser role in the Madrid first-team, it would be wise for Zinedine Zidane to consider the sale of the playmaker for the right price.

With Rodriguez being 28 years old, Antonio Conte still has enough time to get the best out of the Colombian.

Inter could do with some high-profile players that can provide some valuable experience to a squad that are just coming into their own.

The Nerazzurri’s hopes of being triumphant – both domestically and in Europe – would be massively boosted with Rodriguez’s signature.