If this season will be remembered for anything, it will be VAR being completely inept and some clubs trying to rationalise racist behaviour from their supporters.

In a way it’s almost poetic that we see one problem that emphasises how far football and technology has come, only for it to be offset with behaviour that makes you wonder if we’ve entered the dark ages again.

The issue with racism has become a real problem again this season and the total lack of action from the authorities is heartbreaking. England fans saw it first hand from Bulgaria in their recent qualifier, while Mario Ballotelli has been subjected to racist abuse in games in Serie A, most notably away to Hellas Verona.

Just to make the Balotelli situation worse, The Independent recently reported on some comments made by the Brescia President that don’t need to be repeated, but they go on to say the supporters have stuck up for their president in the situation by calling it a misunderstood joke.

The latest incident happened during Inter Milan’s trip to Slavia Prague this week. Football Italia reported that Lukaku claimed he was racially abused by the home fans in the game, but it’s led to this astonishing rebuttal from the Czech side:

“We totally reject any racially-motivated chanting from the whole stadium. We have analysed the footage available and nothing supports Lukaku’s statements. it would be appropriate for Lukaku to apologise for his words about our club.”

Sometimes you have to actually look at a calendar to remind yourself that it’s nearly 2020 and not the 1930’s all over again. You also have to seriously question why Lukaku would make that up, he has nothing to gain in this scenario. 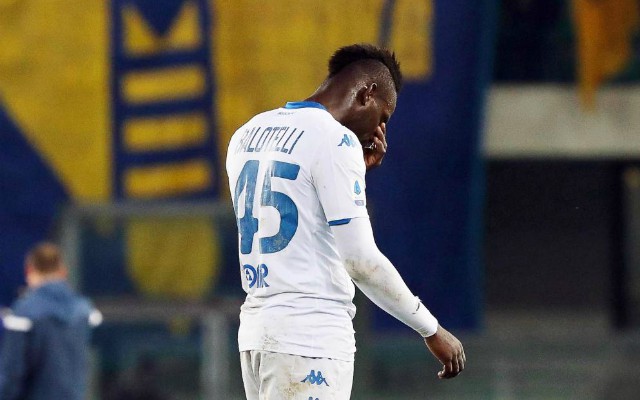 It’s clear that the footballing authorities have no interest in stepping in and dishing out real punishments here. You could argue that it’s a societal problem and not football’s, but when you see clubs and their Presidents acting like this it does make you wonder when anything will change.

We’ve seen it with certain political leaders in the US as well as in the UK, an astonishingly large amount of people don’t care if someone they support openly lies. They all know it’s a lie, but they would rather hide behind their figure than confront the truth. That’s the same with football clubs, elements of the fan base will blindly follow their club’s lead even if it is abhorrent.

In comparison, the ineptitude of VAR doesn’t seem so bad after all.