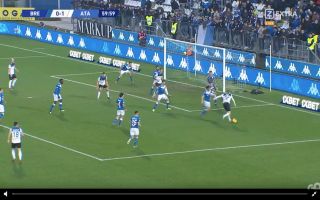 In the 60th minute of this afternoon’s Serie A clash between Bresica and Atalanta, Chelsea loanee Mario Pasalic produced a moment of magic to score his second goal of the game.

Attacker Josip Ilicic cut the ball across the box and Pasalic was on hand to stroke the ball into the back of the net with a perfect back-heel flick.

The 24-year-old opened the scoring for Atalanta with a lovely header in the earlier stages of the clash, take a look here.

Take a look at the midfielder’s fine finish below:

As well as becoming a crucial player for Atalanta in Serie A, Pasalic has also had the chance to test himself in the Champions League this season with the Italian side.