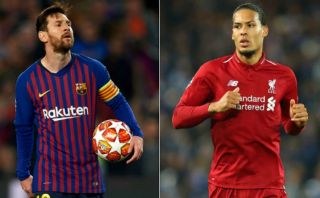 It looks like we may already know the winner of this year’s Ballon d’Or as a leaked document claims to show the final results.

Take a look below at what looks a pretty legit list of the top ten players in the world, with Barcelona superstar Lionel Messi pipping Liverpool defender Virgil van Dijk to first place.

?There is a 'leaked Ballon d'Or rankings' list leaked by an anonymous source earlier on Twitter today, in which Messi wins the award. pic.twitter.com/Uifzhxa5ov

Reds fans won’t be too happy if this does end up proving accurate, but of course most of them will be more focused on Premier League glory anyway.

Van Dijk may well deserve the prize on this year’s form, but there’s also no shame in losing to a phenomenal talent like Messi, who has been a joy to watch as ever in 2019.

There are then two more LFC players in the form of Sadio Mane and Alisson, while there’s also room for big names like Kylian Mbappe, Eden Hazard and young Dutch duo Frenkie de Jong and Matthijs de Ligt.