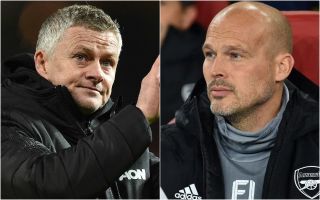 Arsenal and Manchester United are in real trouble in terms of securing a top four spot after more dropped points this weekend.

The Gunners started the Freddie Ljungberg era with a disappointing 2-2 draw against Norwich City on Sunday, while Ole Gunnar Solskjaer’s United were held 2-2 at home against Aston Villa later that same day.

MORE: Liverpool favourites to pip Manchester United and others to £100m January transfer

This looks like bad news for both clubs, with Orbinho of Opta claiming in the tweet below that no team with fewer than 21 points at this stage in the season has ever recovered to finish in the Premier League top four…

If this ends up being the case again, it’s dreadful news for two big clubs who urgently need to be playing Champions League football at an absolute bare minimum.

A recovery like we’ve never seen before is now required from both sides, and it’s very hard to see where that’s going to come from at the moment.

These two faded forces will be longing to challenge for major honours again and were at one point dead certainties to qualify for Europe’s top club competition every season.

Read More: This Manchester United fan doesn’t believe that Pochettino is the right man to take the Red Devils forward after links to the Old Trafford hot seat.

Arsenal have just sacked Unai Emery after the club’s awful recent run of form, and if Solskjaer continues to struggle with MUFC one can imagine him suffering a similar fate very soon. 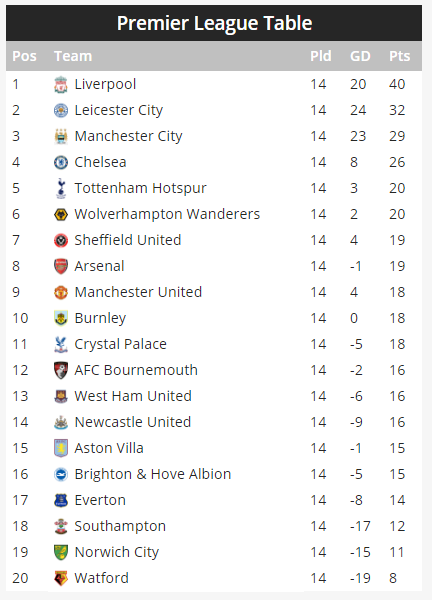