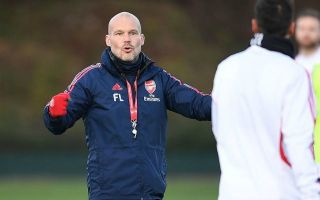 Arsenal midfielder Joe Willock has heaped praise on caretaker manager Freddie Ljungberg despite the Gunners being linked with bigger names to replace the recently-sacked Unai Emery.

Ljungberg didn’t get off to the best start as Arsenal boss, with the north Londoners only managing a 2-2 draw with Norwich City at Carrow Road in Sunday’s Premier League clash.

Still, despite Arsenal looking set to try to land a big name, such as the likes of Massimiliano Allegri, Mauricio Pochettino and Brendan Rodgers, linked with the club in a report by The Athletic, it seems Willock rates Ljungberg highly.

“To be honest, we know collectively that we need to improve, whoever the manager,” Willock is quoted by Sky Sports.

“Freddie is a brilliant manager. We believe in him and we’re working hard to try and improve.”

Having come through Arsenal’s academy, Willock has recently become an increasingly regular part of the club’s first-team, and at 20 years of age looks a great prospect for the future.

He’ll no doubt owe much of his success so far to Emery, and he made sure to pay tribute to the Spanish tactician as well following his exit last week. 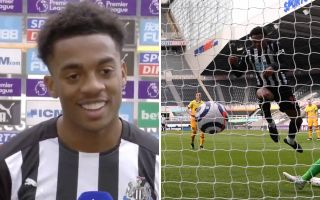