Pundit Garth Crooks has said he’d like to hear Liverpool fans chant the name of Trent Alexander-Arnold a little bit more after another outstanding performance in the Reds’ 2-1 win over Brighton.

Jurgen Klopp’s side got another big result to maintain a strong lead at the top of the Premier League table, with Alexander-Arnold as ever showing himself to be a hugely important part of this team with his delivery from crosses and set pieces.

The 21-year-old right-back set up both Virgil van Dijk goals against Brighton in Saturday’s victory at Anfield, and Crooks seems to have suggested he deserves a bit more love from the Liverpool crowd.

“I don’t think I have seen a young lad with the ability to place a dead ball precisely where he wants it to go – and with such quality – since Glenn Hoddle. Alexander-Arnold’s crosses and balls into the danger areas are having a devastating effect on the opposition,” Crooks wrote in his column for BBC Sport.

“His two assists for Virgil van Dijk were just out of this world. The problem with free-kicks, and corners of course, is a defence can do very little about how they are taken. This local lad is proving to be a bit special. I just wish Liverpool fans would chant his name more. Even with a name like Trent Alexander-Arnold, it can’t be that difficult.” 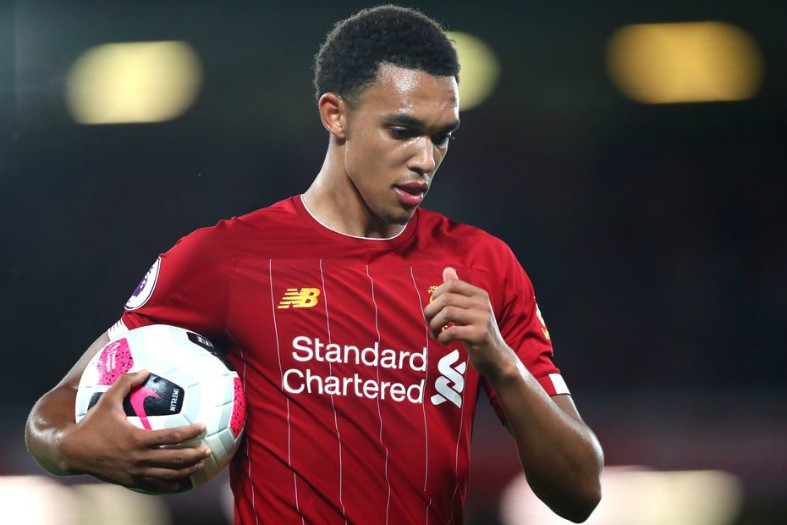 Trent Alexander-Arnold has had a superb season again for Liverpool

In fairness, Alexander-Arnold’s long name perhaps means it’s not that easy to find a catchy song for him, though we get Crooks’ point!

LFC really have a special talent on their hands here, and it’s important to make players feel appreciated and not like their contributions are being taken for granted.