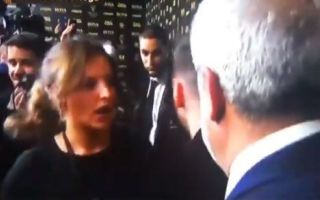 We all know that there’s a big rivalry between Madrid and Barcelona, buy you wouldn’t think it would extend to players being hostile towards the media in a moment of celebration.

Lionel Messi was present to collect his sixth Ballon d’Or award tonight, while his teammate Marc Andre ter Stegen was also at the ceremony. Footage has emerged of them rudely snubbing the same Madrid based journalist while doing their press interviews at the event:

Sport reported on this, where they suggested that Madrid based journalist Edu Aguirre has been irritating the two Barca players which led to them ignoring his questions. It’s not clear if he was asking something that they didn’t like or if there’s any history there, but it’s obvious that neither player wanted anything to do with him.