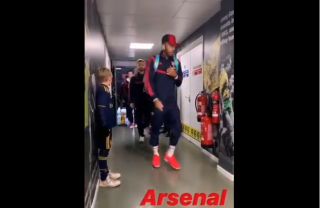 A number of Arsenal stars have been slammed by a high-profile Gunners supporter on Twitter for ignoring a young fan before the Norwich City game.

Watch the video below as a kid with an Arsenal shirt waits near the dressing room to meet his heroes, with none of them appearing to even notice him.

I really feel sad for this young fella.

WelBeast slams the likes of Pierre-Emerick Aubameyang, Mesut Ozil and Alexandre Lacazette for snubbing the young fan, and urge them to find him and give him a signed shirt.

Arsenal went on to draw 2-2 away to Norwich and the mood inside the club clearly doesn’t look too good right now.