According to the MailOnline, Arsenal’s limited budget is restricting the club’s options as the club searches for a new manager following Unai Emery’s sacking last week.

Sportsmail report that many of the top contenders for the Emirates hot-seat are being put off by the club’s inability to offer a salary that would be in line with the managers of the Gunners’ top six rivals.

The Mail do claim that the north London outfit would be prepared to offer a contract that would be worth more than Emery’s £4m-a-year – however this still wouldn’t be enough to attract the top bosses.

The report indicates that the likes of Mauricio Pochettino, Carlo Ancelotti and Massimiliano Allegri would all expect at least double what Arsenal are thought to be capable of offering.

The likelihood of potential swoops for current Premier League bosses Brendan Rodgers and Nuno Espirito Santo have also been shut down by the Mail because of the compensation and wages that could be involved in securing the deals. 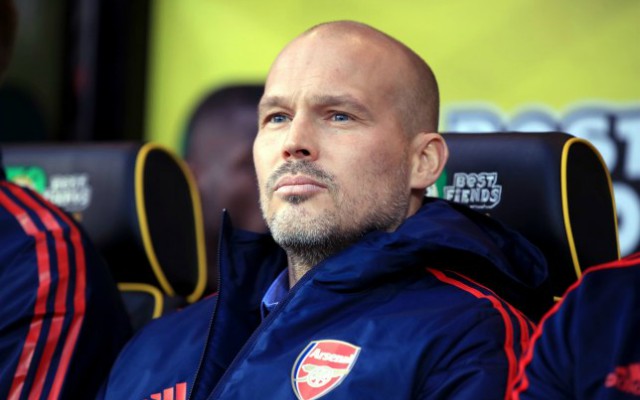 Would Ljungberg be a good permanent option to lead the Gunners for the foreseeable future?

The Mail claim that the club’s financial restrictions could lead to caretaker boss Freddie Ljungberg or former captain Mikel Arteta being the prime candidates for the role.

Perhaps this all a smokescreen by the media. Much was made of Arsenal’s restrictive transfer budget this summer, but the Gunners ended up spending a considerable amount on signings.

Would Arsenal’s chances of returning to their former glory anytime soon be hindered by appointing a relatively inexperienced boss such as Ljungberg or Arteta?