According to the Sun, Manchester United manager Ole Gunnar Solskjaer could tinker with his formation and opt for five at the back for tomorrow’s mammoth clash against Tottenham.

The Sun have touted highly-rated youngster Axel Tuanzebe to start as a third central defender.

According to the Metro, Solskjaer could axe Victor Lindelof from his starting line up as it’s widely felt that the Sweden international has suffered an alarming drop in form recently.

Given that Phil Jones was tormented by Sheffield United recently, Marcos Rojo would be the only other option that could partner Tuanzebe and Maguire at the heart of defence.

This could be a risky move considering that the aggressive Argentine has started just one Premier League game this season.

The Sun also add that summer signing Aaron Wan-Bissaka would operate as right wing-back and veteran Ashley Young would feature on the left flank.

Young’s inclusion would be surprising considering the emergence of youngster Brandon Williams recently. However, the ace may need to be dropped given his slight struggles against the Blades and Aston Villa.

Take a look at our predicted lineup – based on the recent reports – for the Red Devils below: 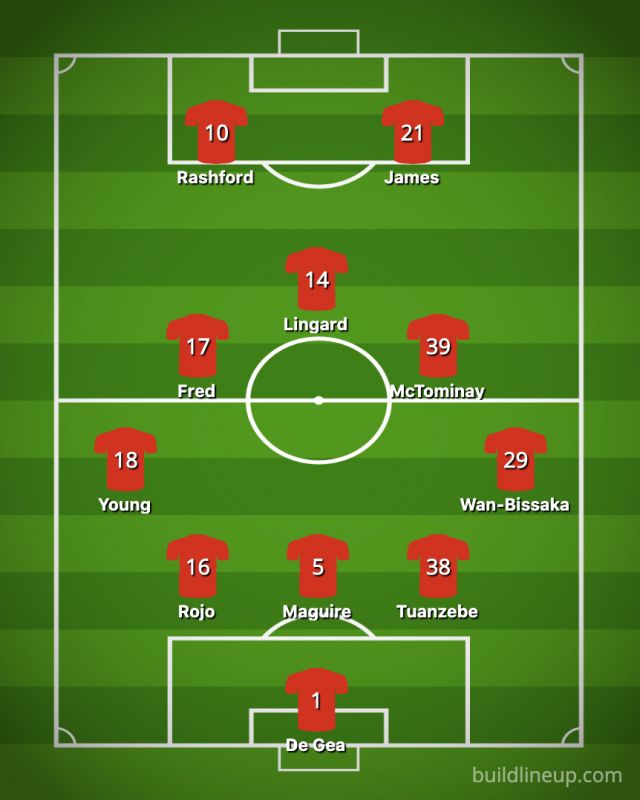 Solskjaer experimented with this system in United’s Carabao Cup triumph against Chelsea at the end of October.

The decision to use an extra man at the back could be seen as necessary considering the amount of goals that the Manchester outfit have leaked so far this season.

With Mourinho returning to Old Trafford just less than a year after his sacking, tomorrow night’s clash could actually prove to be one of the Manchester outfit’s biggest of the season.

A victory for Solskjaer would get the pressure of his back for the time being and it would also ensure fans that the club made the right choice by replacing Mourinho with the club legend.