According to Spanish outlet AS, Lyon president Jean-Michel Aulas told beIN Sports that he’s keen to offer Real Madrid talisman Karim Benzema the chance to finish his career in France.

The Frenchman has 14 goals and 6 assists from 18 appearances across La Liga and the Champions League. The 31-year-old is proving that he’s one of the most underrated strikers in the world.

Benzema came through the ranks at Lyon and quickly established himself as one of France’s top talents before earning a move to Madrid.

The French giants enjoyed one of the most successful periods of their history whilst the forward was at the club. 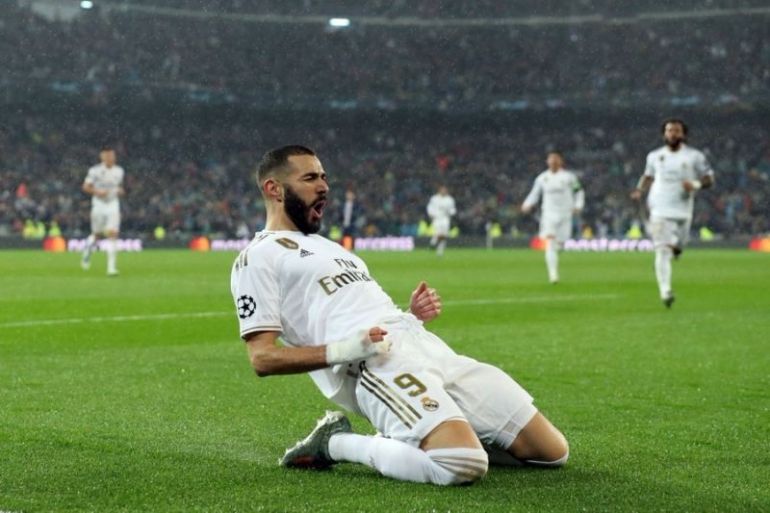 Benzema has certainly stepped up since Ronaldo’s exit, he’s one of the best strikers in the world.

Here’s what Lyon’s head honcho had to say on the possibility of the prolific forward returning:

“Karim may be a possibility. We talked about it with Karim Djaziri (Benzema’s agent) last year.

“During that time there have been a lot of changes at Real Madrid. He has immense talent. Furthermore he is one of the best players France has.”

“For that reason it’s not possible at this moment. But if the opportunity arises tomorrow or the day after…”

“Juninho has already said as much and, generally speaking, when Juninho says he’ll get something done, it gets done.”

It’s arguable that Benzema’s the only non-youngster that’s actually performed consistently since Madrid’s downfall after Ronaldo’s and Zinedine Zidane’s departures.

Zidane has since returned to the Spanish capital but Madrid look no closer to re-establishing their dominance domestically and in Europe.

Juninho opened up on his willingness to bring the Frenchman back last year, quotes from AS:

“I would like to propose to Karim that he finish his career with us. We have been chatting via text,”

“I’d like him to come and play for two years with us and train with the younger players. He can be a leader for us. it would be a dream for Karim to end his career at home.”

Considering Benzema’s magnificent achievements in his career, it seems like a no-brainer to bring the forward back to Lyon in order to inspire the current crop of stars to knock Paris Saint-Germain off the top.