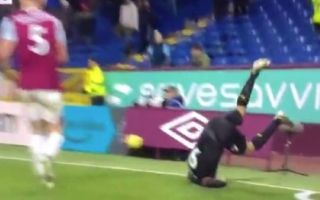 The worst dives aren’t those which result in the player going down too easily, it’s the ones where they throw themselves to the ground and preferably throw in some rolling around to complete the reaction.

This example comes from tonight’s game between Burnley and Man City. It happened in injury time when the game was over as a contest, but Gabriel Jesus’ reaction to a little nudge from James Tarkowski is just bizarre.

In some ways his competitive spirit to still be furious about not getting a free kick when it really doesn’t matter is admirable, but he’s also reacted to a nudge in the same way The Rock would sell a Stone Cold Stunner back in the day.