Chelsea and Arsenal are reportedly among the long list of suitors for Tottenham defender Toby Alderweireld as he looks set for a transfer away from his current club.

The Belgium international is nearing the end of his contract at Spurs, and could be one of the best free agents on the market next summer, as well as a potential bargain signing this January if Tottenham decide to cash in on him now.

According to Don Balon, Real Madrid are hoping that will be the case and could bid for Alderweireld this winter, though he also has interest from Chelsea, Arsenal, Bayern Munich and Inter Milan.

It remains to be seen who will win the race for Alderweireld’s signature, but Don Balon’s report does suggest he may have already decided to leave Tottenham despite Jose Mourinho’s best efforts to tie him down to a new deal as he studies the various offers coming his way.

Chelsea and Arsenal have both had their various struggles this season, and it’s easy to see how the cheap or free signing of Alderweireld could be of interest to both clubs. 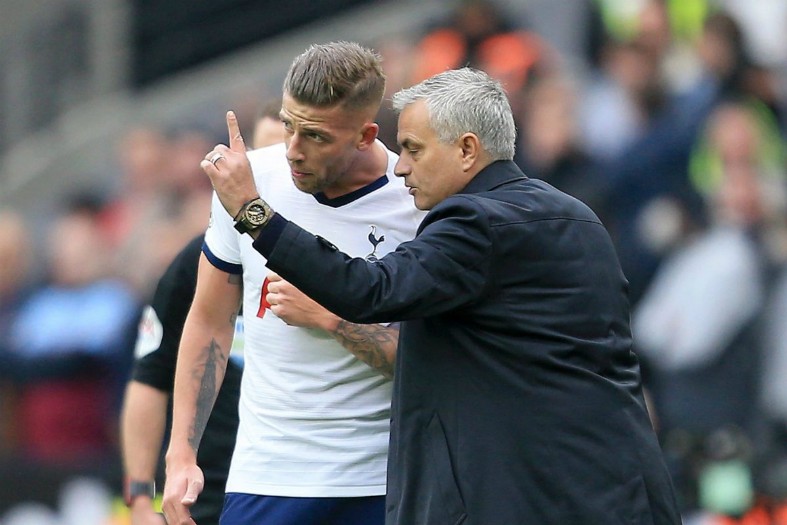 Toby Alderweireld could leave Tottenham for rivals Chelsea or Arsenal

The 30-year-old has been a rock solid performer for THFC during his time in the Premier League, and would surely be an upgrade on the likes of David Luiz, Sokratis Papastathopoulos and Shkodran Mustafi at the Emirates Stadium.

Chelsea may be in a slightly better shape defensively, but youngster Fikayo Tomori has been rather thrown in at the deep end this season and more experience could be useful, with the jury still out on players like Kurt Zouma and Andreas Christensen.