Arsenal duo Calum Chambers and Pierre-Emerick Aubameyang have taken to social media to hit back at claims doing the rounds that they’d ignored a young fan in the tunnel before the Norwich City game.

The Gunners drew 2-2 away to Norwich in Freddie Ljungberg’s first game as caretaker manager, but it wasn’t just their struggles on the pitch that earned them some unwanted attention.

Tweets like the one below showed a number of Arsenal players walking past and appearing to completely ignore a kid in an Arsenal shirt hoping to meet his heroes.

I really feel sad for this young fella.

Chambers, however, has since tweeted a response, saying that the cameras don’t always tell the whole story.

As you can see in the screen shots below, Chambers uploaded some images of the young fan with a number of AFC players.

Aubameyang can also be seen replying to the tweet and slamming the lies that had been doing the rounds over this. 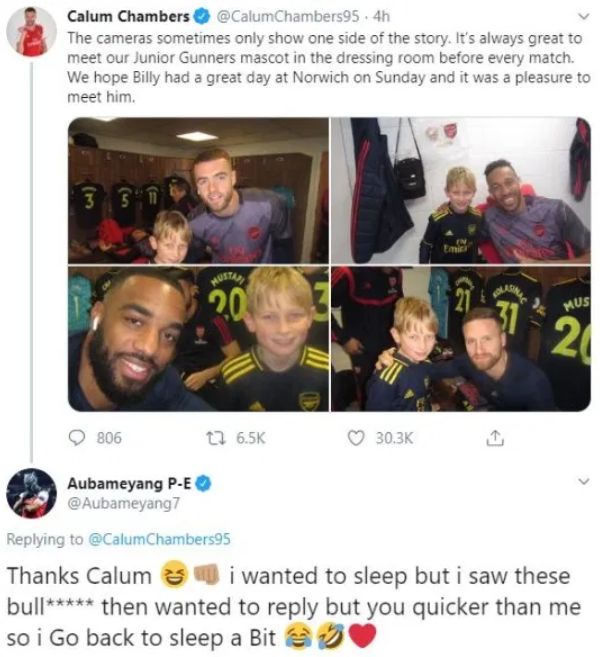 It’s often said that modern footballers are not in touch with fans enough, but this at least shows Arsenal’s players did make the time for this happy kid.