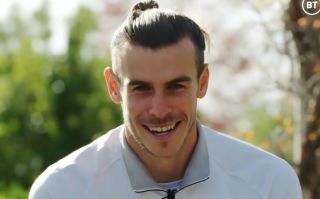 Gareth Bale has laughed off abuse from Real Madrid fans in an interview with Robbie Savage on BT Sport.

Watch below as Bale answers a number of questions, including ones on his relationship with Madrid fans, particularly following *that* recent incident with a Welsh flag after his country’s qualification for Euro 2020.

The former Tottenham man admits he’s got used to getting some stick from the Bernabeu crowd and he knows how to shrug it off now.

Bale also admits he knew he might make some people angry after posing with that flag, but didn’t seem particularly bothered.