Manchester United fans are getting rather excited today as it looks like former Tottenham manager Mauricio Pochettino may well be on his way to Old Trafford.

A reliable source in renowned Man Utd tweeter Mark Goldbridge has dropped a hint that the Argentine could be set to replace Ole Gunnar Solskjaer imminently.

See the series of tweets below as Goldbridge tweets Pochettino’s name alongside United’s club colours, before explaining to another user that he is in fact hinting at the manager’s arrival rather than simply expressing his desire to see it happen.

This followed another user pointing out that Goldbridge previously proved to be spot on with his updates on Aaron Wan-Bissaka’s arrival from Crystal Palace in the summer transfer window. 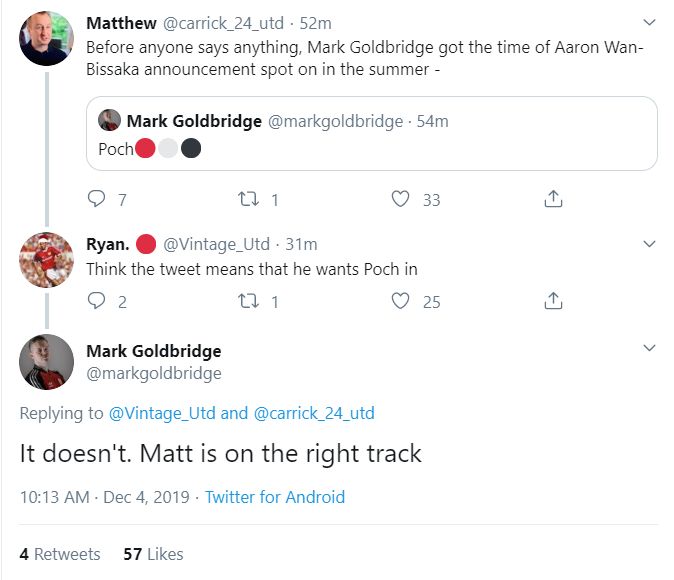 MUFC fans will no doubt be desperate to see this prediction come true, with Pochettino one of the finest managers in the world and now available after recently being surprisingly sacked by Tottenham.

Ohhh Mark! I ll make you a statue!

The 47-year-old shone at Spurs and is now being linked with a whole host of top jobs, though it’s arguably the Red Devils who need him most.

Ole Gunnar Solskjaer does not look good enough for this level after a dire run of form that followed his permanent appointment as United boss after an initially bright start as interim manager.

Holy Goldy… I think I love you