There’s a certain irony in Fred having his best performance for Man United tonight. He was signed by Jose Mourinho but failed to live up to expectations whenever he played.

He was excellent against Mourinho tonight and probably showed his former manager the qualities that made him sign him in the first place. He was smart in possesion, hassled and harried the Spurs midfield and his energy helped to drag United to victory in the end.

There were even moments when he broke forward and played some incisive through balls to the forward players, so it was close to an all round performance from the Brazilian.

Part of the reason that Fred has faced so much criticism has been the transfer fee that United paid for him. Obviously it’s not his fault, but The Guardian reported that he cost £52m, so it’s understandable that expectations were high.

The commentators for the game talked about Fred not being one of the stars of the team and how he wasn’t going to be high on the fans’ favourite player list, but he’s been getting a lot of praise from these fans on Twitter:

What a performance from Fred! Credit where it’s due ????

What a performance from Fred wow. Rashford flying around. I love it

FRED My Man of the Match #GGMU #MUFC

Hard fought win. Well played team….. Fred was like a machine in the midfield. I am sure Mourinho is happy with him finally. #MUNTOT

It will be interesting to see where United go from here. We’ve seen it on plenty of occasions this year where they have a great result only to let themselves down in the next game, so they need to find some consistency.

One big difference could be that players are starting to come back from injury, and there’s a clear sign that some players can be relied on. Marcus Rashford was outstanding again tonight while Scott McTominay continued to show how important he can be. 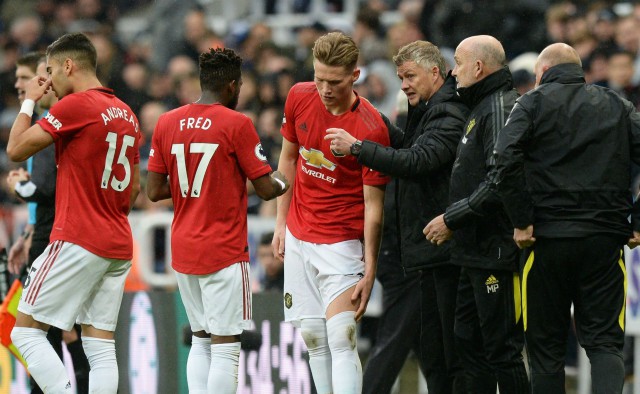 Fred and McTominay looked like a good pairing tonight

They might still need to strengthen the defence, but a midfield of Fred and McTominay sitting deep with the returning Paul Pogba being given the freedom to roam could be dangerous. It certainly looks like Fred might have forced his way into the team for now.