Man Utd came out on top against Tottenham on Wednesday night as Jose Mourinho returned to Old Trafford for the first time since his exit last year.

The 56-year-old left United almost exactly a year ago but returned to management only last month after taking the Spurs job, and so it was his first reunion with the Red Devils faithful as an opposing manager.

It didn’t end as he would have hoped for his new club as Tottenham fell to a 2-1 loss in Manchester, ending his 100% start to life at the club after three consecutive wins across all competitions.

Mourinho did a positive job for the most part at United as they won a League Cup and the Europa League under his stewardship, although things seemingly soured towards the end as he parted company with the Premier League giants last year after a dismal start to the season.

While he was busy showing his classy side after the game by congratulating some of his former players as they left the pitch, it appears as though Marcus Rashford’s brother was revelling in his disappointment.

As seen in the photo below taken from Dwaine Maynard’s Instagram stories, he posted an image of Mourinho from his time in charge at Man Utd as he was forced to look away from the pitch, and it’s suggested that it was after a Rashford miss during that particular game.

In turn, that would make it a much more personal response, while Rashford did his talking on the pitch to lead his side to securing all three points as it appears as though not everyone was pleased to see Mourinho back at Old Trafford in midweek. 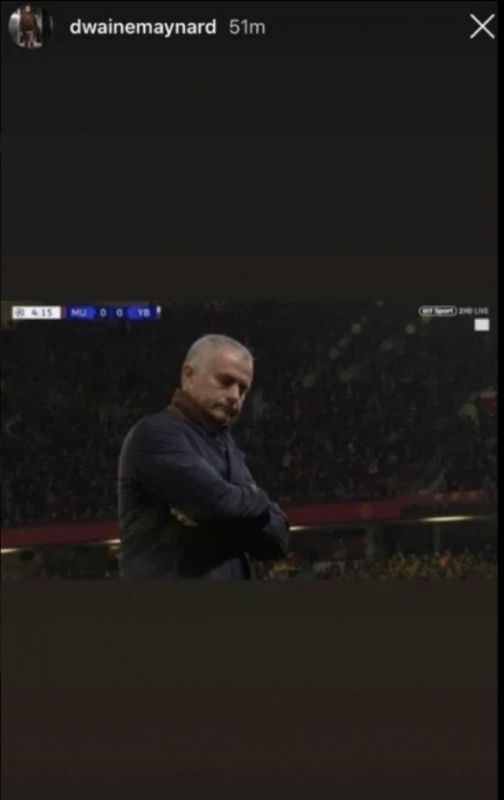