According to an exclusive interview with Football Insider, former England international and current Sky Sports pundit Darren Bent has tipped this season to be Xherdan Shaqiri’s last with Liverpool.

The Swiss star got on the scoresheet for the Reds against local rivals Everton in his first start of the season. The attacker has made just five appearances for the Merseyside outfit across all competitions this term.

Liverpool signed the ace from Stoke City for a fee of £13m last summer, according to BBC Sport. The versatile attacker’s game time has been limited given the sensational performances of Liverpool’s frightening front three.

Bent adds that Shaqiri has been a “great servant” to the Champions League holders and that he deserves the chance to find regular first-team football elsewhere after this season. 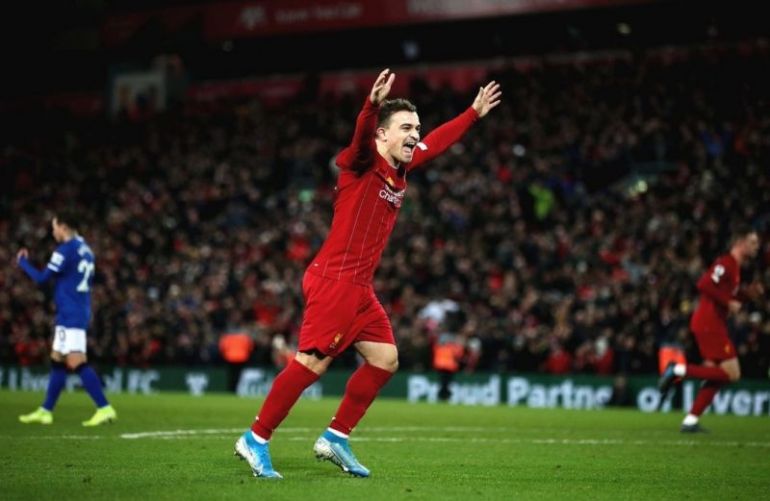 Here’s what the former Premier League striker had to say when asked by Football Insider if this would Shaqiri’s last season with Liverpool:

“Yeah, I’d say so because even for himself. He’s still quite young.”

“I think he’ll want to go somewhere and play week in, week out. I think he’s earned that.”

“Looking at Liverpool, he’ll do well for them on occasion but when is he going to go and get the chance to play a full season at Liverpool?”

“He’s not going to when Mo Salah’s there, when Mane’s there. He’s been a great servant for them but I think it’s time he goes somewhere to play week in, week out.”

Divock Origi and Shaqiri are the club’s only backup options in attack with considerable Premier League experience that are currently at the club.

Should Shaqiri decide to leave the Reds at the end of the season, Jurgen Klopp would be required to promote the likes of Harvey Elliott or Rhian Brewster in the side’s pecking order.

The Merseyside outfit could also call on Harry Wilson to be an important member of the squad if they decide to bring the ace back to Anfield after his loan spell with Bournemouth.