The Gunners’ poor form continued as they lost 1-2 to Graham Potter’s side at the Emirates stadium. Adam Webster opened the scoring for Brighton before Alexandre Lacazette found the equaliser early in the second half. With ten minutes to go, Neal Maupay netted the winner.

Adams slammed the mentality of the Arsenal players and feel that more characters are needed. As quoted by Metro, the former Gunners captain told Premier League Productions. “I think they are looking after themselves a little bit too much. They need brave people on and off the pitch. You need a bit of honesty here, and a coach to go ‘hold on a minute, come on guys’. You need to be called out. And I don’t think a lot of that has been going on.

“The coaches put on lovely sessions for the team and everything goes round and round until you go ‘actually guys, you’re the ones on the pitch, you’ve got to make the decisions and stand up and be counted’. There are not too many of those guys out there. They are all kind of looking after themselves. And the minute it goes wrong, they’ve gone. They’ve gone under. It’s too lightweight, there’s not enough characters in there.

“I think they are feeling a little bit sorry for themselves. I think they need a bit of a shake. If I were the coach in there I’d definitely be giving them a shake and saying ‘look, be more scared of me than actually getting out there and getting on with it’. That’s what they need at the moment.”

Things are looking bad for Arsenal and there’s a good chance Freddie Ljungberg may not be the club’s manager for long. They are yet to win a match since early October and are now currently tenth in the Premier League table. Arsenal’s next match is a tough one against West Ham in the latter’s backyard.

A win is needed for the Gunners at this moment but given their current form, the chances of that aren’t to good. 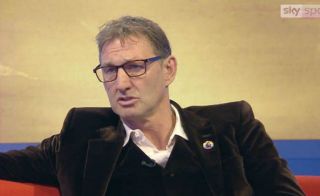