Speaking to Sky Sports ahead of tomorrow’s derby between Manchester United and Manchester City, Ashley Young has hailed teammate Marcus Rashford as “world-class”.

The 22-year-old forward has been in sensational form for the Red Devils lately. Rashford has nine goals and two assists in his last 10 appearances for the Manchester outfit across all competitions.

Whilst some may not be convinced with Ole Gunnar Solskjaer steering the ship at Old Trafford, it can’t be ignored that the Norwegian has worked wonders with Rashford. 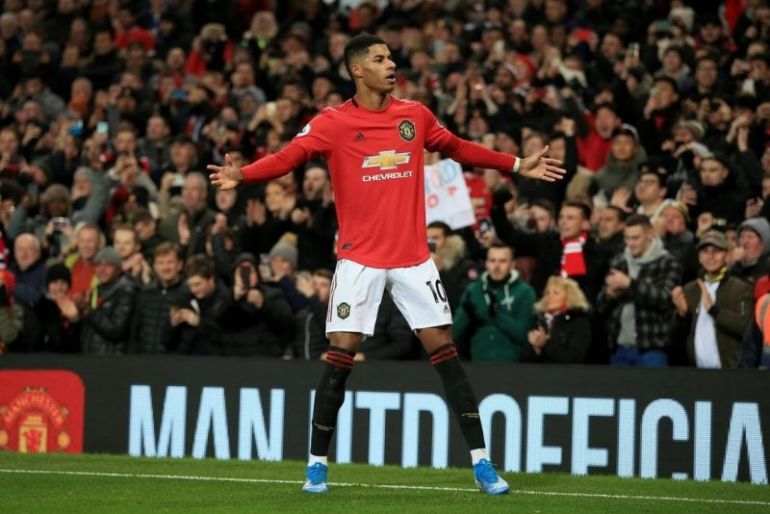 Rashford has been in fine form for the Red Devils recently.

Here’s what Young had to say on the forward:

“He’s just growing and growing – and he’s still young. He’s one of those players who wants to be out there.”

“He wants to be out on the training pitch improving himself, and he’s at his best when he plays off instincts. He just plays off the cuff, and it’s frightening to see.”

“I see it day in, day out, and his confidence is sky-high right now – yet he’s still saying he wants to improve. It’s just the way he is and he’s just got that mentality.”

The forward has the blistering pace and silky dribbling needed to put the sword to a defence that have underperformed so far this season.

Who will bag the Manchester bragging rights this weekend?