There was a feeling from many that Steven Gerrard took the Rangers job as a stepping stone to a job in the Premier League. That may still come true at some point, but it looks like he’s in it for another few years at least.

He’s certainly transformed them from the shambles that he inherited from Pedro Caixinha. Instead of losing in the Europa League to a team who admitted in their match programme they didn’t stand a chance, he has them on the brink of the knockout stages.

The main criticism will come from those who rightfully point out that he hasn’t won anything. Simply re-establishing themselves as being the second best team in the country isn’t enough, the fans demand trophies and the squad certainly looks capable.

This could be the season that he fixes that, starting with the Betfred Cup final tomorrow. They will have to find a way to beat Celtic away from Ibrox to manage that, and Gerrard will need to come up with a game-plan that doesn’t stifle his team while he attempts to be clever – the five central midfielders during their 2-0 loss to Celtic earlier in the season proves he still has lots to learn.

Despite that, there’s no doubt he’s done a great job so a report from Sky Sports which indicates he is set to sign an extender contract to 2024 should come as great news for the fans. 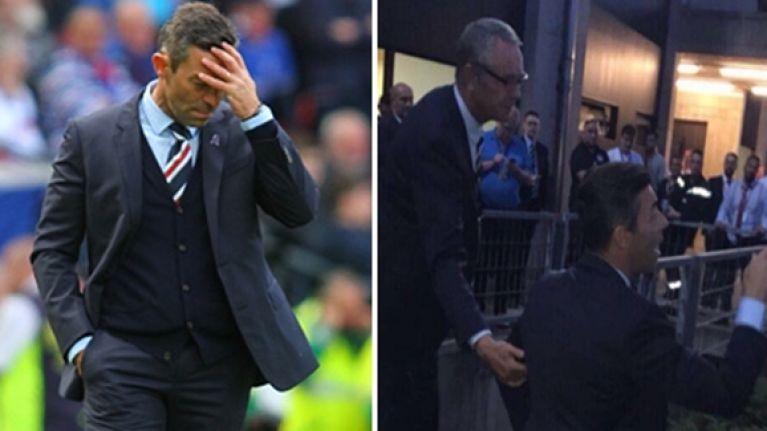 He’s obviously best remembered as a legend at Liverpool for his time there, so it would be interesting to see what would happen with him if Jurgen Klopp ever left Anfield. That seems unlikely to happen anytime soon, so if he can bring trophies to Ibrox over the next few years, then it’s likely the Rangers fans would let him go with their blessing.