There’s lots of different ways you could look at this, but the main thing is it’s just a really weird thing to do.

Dominic Calvert-Lewin is already a hero for the blue half of Liverpool today after his two goals helped guide his team to victory over Chelsea – enhancing his physique will make no real difference to that.

If you look at the Instagram posts from him and from the club yesterday, there’s a fairly startling difference between the two: 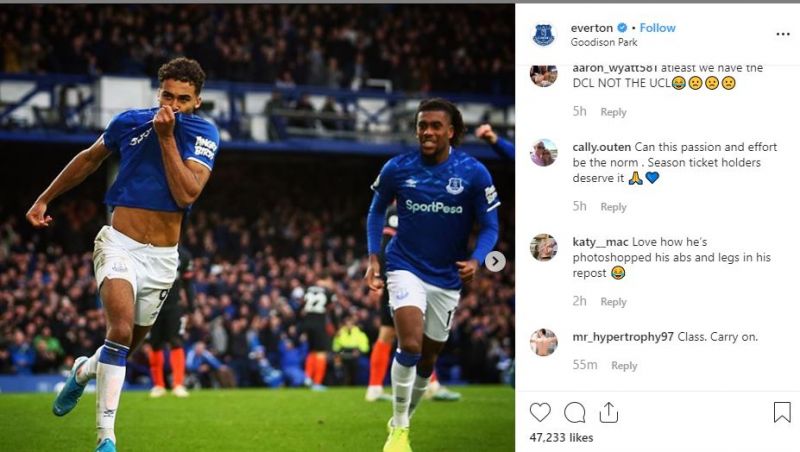 It’s not even like it’s a subtle enhancement, it’s a fully blown effort to get some abs on there. It’s just bizarre that either he or someone who manages his account felt the need to edit the picture.

It seems that comments are now disabled on his post, but it’s well worth a look through the existing ones to see the multitude of fans who have picked up on this and are pointing out.