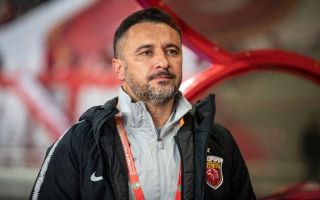 There’s such a fine line when it comes to deciding a manger’s future. You will always see ex pros and colleagues come out in the press demanding they get more time, but sometimes that can make things worse.

Sir Alex Ferguson is the prime example of giving someone time and it paying off, but sometimes it’s just better to put everyone out of their misery and move on. It seemed obvious that Marco Silva was struggling at Everton, so it wasn’t a huge surprise when he was let go.

According to Sky Sports, Everton have found the man they want to replace Silva. Vitor Pereira is currently the manager of Shanghai SIPG and has attracted the interest of The Toffees.

It’s worth pointing out that the story does say the Chinese club are desperate to keep him, to the point they’ve offered him a new £25m per year contract to convince him to stay. It’s doubtful that Everton would come close to matching that, so he might have to decide between money and ambition.

They go on to suggest that negotiations are ongoing, but Everton hope to appoint him in time for the Manchester United clash on Sunday.

The Portuguese manager has also enjoyed spells at Porto and Olympiacos in his career, where he’s had success but Everton is a completely different type of job. They play in a better league and aren’t one of the top teams, so it could be a big challenge.

There’s no sign of anything being agreed just now, but it certainly sounds like he’s the man that Everton want.