It’s probably not great for negotiations if it becomes public knowledge that you are in desperate need of income to help the club balance their books for the financial year.

The introduction of the financial fair play rules was supposed to make it more of a level playing field where clubs couldn’t post gigantic losses by throwing money around in the transfer market. All it’s really done is widen the gap between the top teams and the rest, but it looks like it might force Real Madrid into action.

READ MORE: Club chief confirms that they have failed in attempt to sign Zlatan Ibrahimovic

According to Marca via Football Espana, Real need to raise €200m in this financial year to help balance the books, so up to four players could be sold to try and generate that income. They indicate that this is the result of spending €350m on transfers in the Summer.

The story goes on to say that the four players who could be up for sale are Gareth Bale, James Rodriguez, Mariano Diaz and Brahim Diaz. There’s no price tag put on any of them, but it’s hard to see the full amount being raised from selling those four. At least it would represent a big saving on the wage bill. 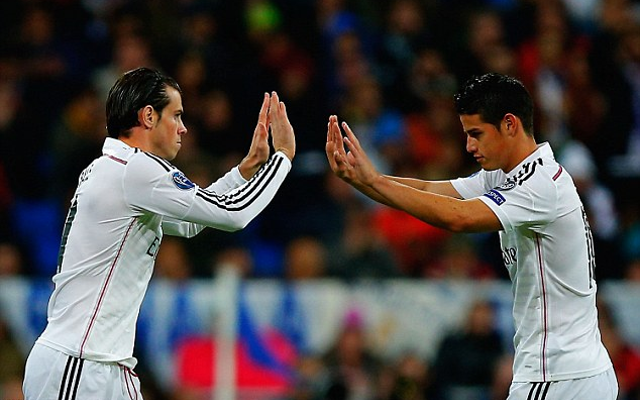 Both Bale and James could be on the way out

They also suggest that there could be possible punishments from La Liga or UEFA if they don’t manage to raise the funds. It could be interesting to follow them in January to see if anyone does leave, but this is unlikely to help the club when it comes to trying to negotiate big fees when letting them go.