Although he’s obviously a big draw, there was a feeling that Zlatan Ibrahimovic did disappear from a lot of fan’s radars when he moved to MLS. It looks like he’s trying to make up for that right now.

His name has mostly been in the news as he attempts to see how long he can drag out the announcement of where his next club will be. It looks like he’s destined to return to AC Milan, but there’s yet to be any official announcement from anyone.

Some of his recent comments were reported by Marca, as it appears he has a big problem with Cristiano Ronaldo. It’s not clear why he has such an issue with him, but he launched several digs at the Juve man.

READ MORE: Club chief confirms that they have failed in attempt to sign Zlatan Ibrahimovic

Firstly he made a point of saying that he isn’t the real Ronaldo, that tag belongs to the legendary Brazilian striker. Then he moved on to his decision to move to Juventus.

It seems that Zlatan feels that move was too easy and didn’t represent a challenge. He suggests if he wanted a real challenge he should’ve went to Turin when they were in Serie B and not after they had won the title seven seasons in a row.

At this point it’s absolutely worth pointing out that Zlatan was at Juventus when they were relegated to the second tier, but decided to leave. It’s staggering hypocrisy from the big Swede but it seems he wasn’t challenged on that. 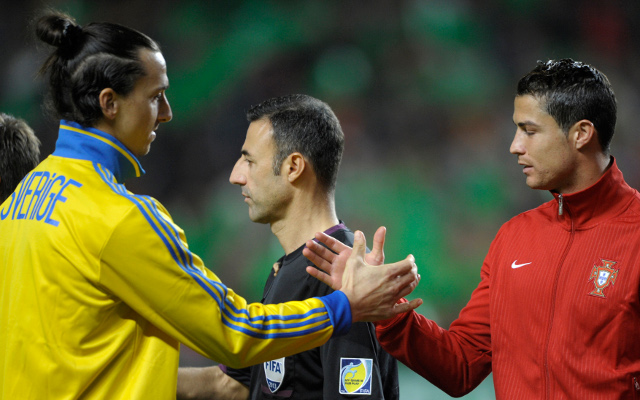 Just in case that wasn’t enough, he decides to finish by saying that Florentino Perez was the reason for his success at Real Madrid and his various Ballon d’Or awards, and it wasn’t down to the Portuguese star.

Hopefully Zlatan decides to join a team in Italy just for the tension that would surround their game with Juventus after this.