According to Spanish outlet Marca, Real Madrid have clearly informed talented youngster Brahim Diaz that his future lies away from the Santiago Bernabeu.

Los Blancos are reportedly working to get rid of some of their fringe players in order to free up funds to strengthen the squad in the January transfer window.

Italian outlet Calciomercato have reported that the 20-year-old has been offered to AC Milan. Should the ace consider a switch to the Rossoneri in a bid to get his career back on track?

The MailOnline report that the deal to take him back to Spain was worth up to £22m (€26m). 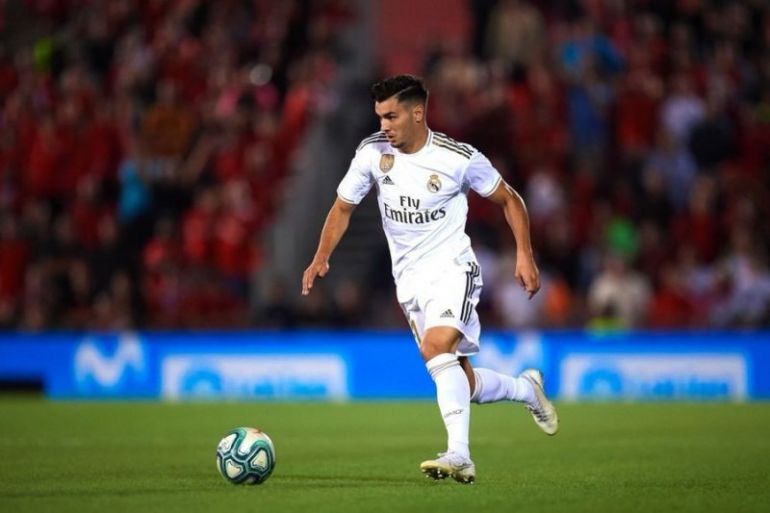 Diaz’s return to Spain hasn’t exactly gone to plan. He has made just 14 appearances across all competitions for Los Blancos dating back to his move in January, with only three outings to his name so far this season.

Injury troubles have hindered the youngster’s chances of getting out onto the pitch as well as Madrid’s fierce competition for places in the wide areas.

The Manchester City academy graduate is behind Eden Hazard, Gareth Bale, Lucas Vazquez, Vinicius Junior and Rodrygo in the club’s pecking order on the wings.

Diaz’s chances of getting minutes in such a stacked squad are very limited. The 20-year-old would also be behind Marco Asensio, although he’s currently sidelined with a season-ending injury, and so it could be argued that a move elsewhere in the New Year could suit all parties concerned.